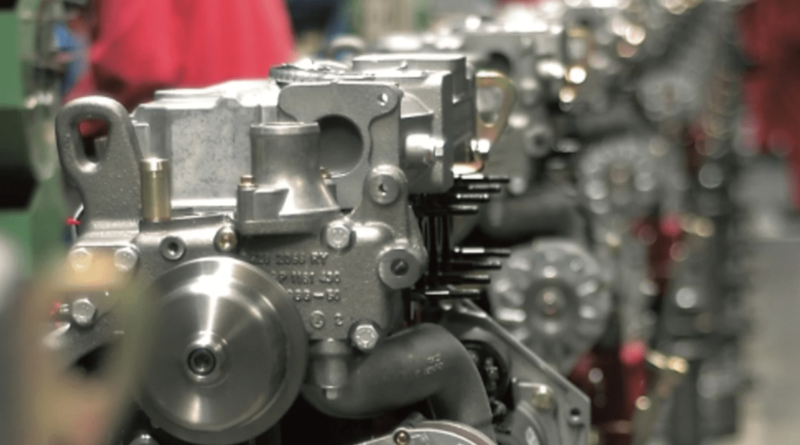 A combustion engine without emissions?

While the technology may not be new, it is do-able, says the DEUTZ engine factory.

According to a press release, the Cologne-based company said the difference with this hydrogen concept is the abandonment of fuel cells and batteries for energy conversion and storage, German website EFahrer.com reported.

Instead, the H2 gas is burned directly in the six-cylinder engine. And reportedly with very low emissions.

DEUTZ says the unit meets the CO2 limit value for zero emissions as specified by the EU.

The engine, which carries the type designation “TCG 7.8 H2,” was designed for the so-called off-highway sector.

It would serve as a drive for commercial vehicles off the beaten track, such as tractors and harvesting machines, construction vehicles or for a decentralized power supply.

“We already manufacture clean and highly efficient engines. Now we are taking the next step. Our hydrogen engine is ready for the market.

“This represents an important milestone that will help us to make our contribution toward the Paris climate goal.”

The hydrogen-powered engine has passed initial tests on the test bench with flying colors and is scheduled to go into full production in 2024.

Vehicles powered by hydrogen need to be refueled more frequently than their diesel equivalents. This is because diesel has a higher energy density than hydrogen. Ideally, refueling should be integrated into the existing workflows.

Mobile, intelligent, and connected fueling systems are one potential approach. This could drastically reduce the distance traveled for refueling. And it goes some way to compensating for the additional effort in involved in planning and carrying out the refueling process.

Mobile, self-driving refueling robots are another idea, and could be used when the operators take a break, for example.

Dr. Markus Müller, Chief Technology Officer at DEUTZ, added, “The six-cylinder TCG 7.8 H2 is based on an existing engine design. Generating a power output of 200 kW it runs carbon-neutral and very quietly.

“In principle, the engine is suitable for all current DEUTZ applications, but due to the available infrastructure it is likely to be used first in stationary equipment, generators, and rail transport.”

A pilot plant for power generation is scheduled to go into operation at the beginning of 2022. The tests hope to demonstrate the engine’s suitability for everyday use.

DEUTZ announced the partner for this project would be Cologne-based utility provider RheinEnergie AG.

A DEUTZ hydrogen engine will be used to power a generator that will produce 170 kilovolt-ampere of electricity. The pilot project will be run at RheinEnergie’s cogeneration plant in Cologne-Niehl.

The two partners will initially be investing a combined total of around €1.3 million in the operating trial at the Niehl plant.

Relatively small in scale, this Deutz project has great potential

And though this pilot project is relatively small in scale, it has the potential to be the beginning of decentralized, sustainable, and greenhouse-gas-free energy supply in urban centers — particularly when the price of hydrogen falls to a level that makes it a viable option for the market.

The combustion of hydrogen as an energy carrier for a vehicle drive has been around for many years.

In 2006, BMW presented the Hydrogen 7, a luxury sedan with a hydrogen combustion engine. However, the model never got beyond the prototype stage.

With the Mirai, Toyota is currently producing the world’s only series-production passenger car powered by hydrogen.

DEUTZ employs about 3,700 people and offers a broad spectrum of liquid-cooled and air-cooled engines with capacities ranging from 25kW to 520kW.