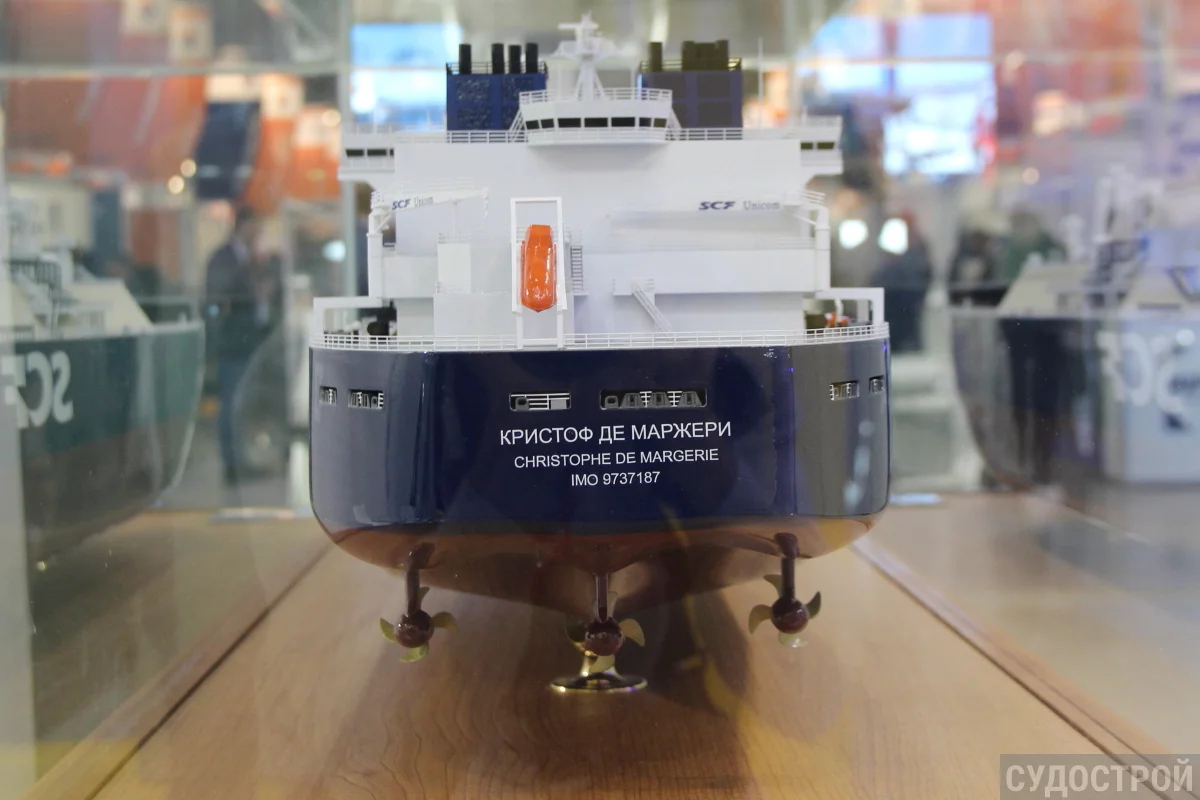 On January 16, 2021, the Arctic LNG carrier of the Yamalmax type Christophe de Margerie, operated by Sovcomflot and operating under the Cyprus flag, successfully completed the crossing from the Ob Bay along the Northern Sea Route eastward. According to the Russian Ministry of Transport, for the first time a vessel loaded with LNG passed through the eastern sector of the Northern Sea Route in January.

According to Sovcomflot, the LNG carrier reached from Sabetta to the traverse of Cape Dezhnev in almost 11 days. It covered almost 2.5 thousand nautical miles without icebreaker escort. The average speed was 9.5 knots. A day later, another Yamalmax-class gas carrier proceeded along the same channel.

This is explained by the fact that “Yamalmaksy” refer to courts of double action (double acting ship, DAS). It is combining in a single package icebreaker and cargo ship.

A double-acting vessel can propel forward in clear water or thin ice conditions. To overcome difficult ice conditions, the movement is carried out astern forward. It is in this case that maximum ice penetration is achieved. In the case of Yamalmax, it is 2.1 m.

The draft design of Yamalmaks was developed by the Finnish bureau Aker Arctic Technology. Ice model tests took place in Finland. A series of fifteen Yamalmaks was built in South Korea at the Daewoo Shipbuilding and Marine Engineering (DSME) shipyard.

For the first time in practice, the concept of a double-acting vessel was implemented in Finland back in the early 2000s on the Tempera tanker. In the future, many vessels for the operation of the Russian Arctic were built on the principle of double action. For example, shuttle tankers for servicing offshore platforms.

The double-acting principle will remain on LNG carriers for future Arctic projects. Thus, for the Arctic LNG 2 project, new gas carriers will be built, similar in characteristics to the first Yamalmaks. The Russian Far Eastern shipyard Zvezda is to deliver fifteen new LNG carriers to the customer, DSME six new LNG carriers. Learn more about these plans.here .