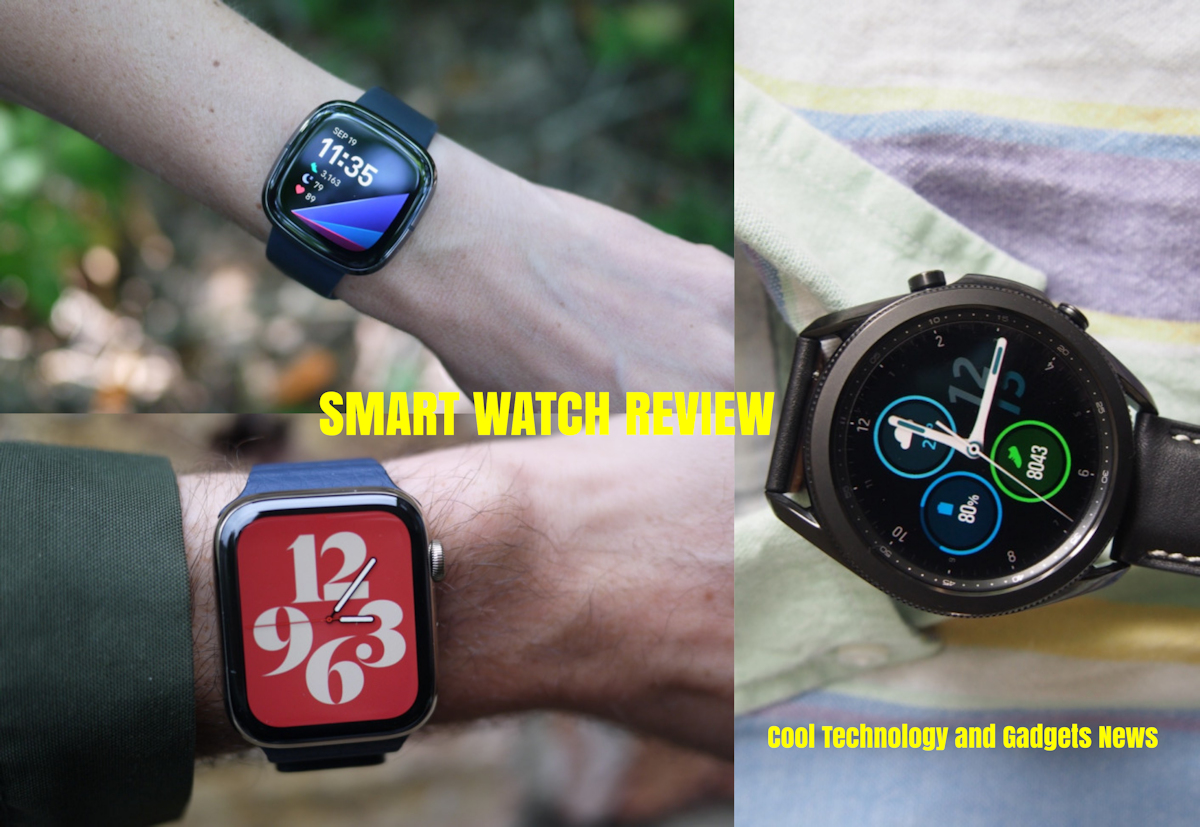 There’s a new best smartwatch in town. We’ve seen a huge change in the market and we now feel the Apple Watch SE is the most easily recommendable smartwatch out there.

But it’s not right for everyone. There’s now a super group of smartwatches with key health features, such as the Apple Watch Series 6, Samsung Galaxy Watch 3 and Fitbit Sense that come with ECG, blood oxygen monitoring and even stress detection features.

Some people will want to pay more for these features, while others will just want good value for money – but now there’s more personal choice than ever.

But smartwatches aren’t just getting better, they’re getting cheaper too. We’re still to see devices from Xiaomi, Amazfit and Mobvoi which are set to offer big features at low prices.

Keep track using our list of upcoming smartwatches, but read below for the best from our tests.

OS wars: Apple Watch vs Wear OS vs Tizen vs the rest

The Apple Watch has now migrated to watchOS 7, which brings a heap of new features including native sleep tracking – and users down to Series 3 can install the latest version. The Apple Watch App Store is also unrivalled in the wearables world.

Wear OS smartwatches (formerly known as Android Wear) haven’t reached the heights of the Apple Watch, but there are still some great options out there if you’re not too worried about fitness and health features which are weaker than rivals.

New options such as the Oppo Watch and TicWatch Pro 3 have pushed the capabilities of Wear OS – and join some slick hardware from the Fossil Group.

Samsung uses its own operating system called Tizen, and now Huawei has also split from Google Wear OS and uses its own Lite OS.

A custom OS may seem like a turn-off, but often they have huge benefits. Amazfit and Huawei smartwatches give up to 14 days battery life – something the Apple Watch and Wear OS just can’t offer.

Smartwatches are getting more complex, which you’ll see in our list – especially when it comes to health, fitness and activity tracker features.

For example, most fitness oriented smartwatches will have built-in GPS and a heart rate monitor, plus many smartwatches are now looking at ECG, blood pressure, heart rate alerts and even blood oxygen tracking.

Wearing a smartwatch is more than just about style or getting messages: it could be a potential lifesaver.

But if you don’t care about checking your blood oxygen or getting an Afib test via ECG, you can save a load of money by choosing a simpler version.

We’ve run down the pick of our smartwatch reviews, and distilled them into one read. However, read the full in-depth testing to make sure you’re getting the right device for your needs.

The new Apple Watch SE has joined the Series 6, and is the first of a new line of Apple’s smartwatches – and it might just be our favorite.

It’s more affordable for sure, but don’t think of it as a cheap Apple Watch. It still costs $279.99 for the 40mm version, which makes it on the pricey side given the competition out there from Huawei and Amazfit.

The Series 3 is still available at $199.99 but now seems a poor compromise given the old shape and ageing internals – which mean it’s likely to lose out on future watchOS updates.

But the Apple Watch SE only makes a few compromises over the Series 6, which means it’s easy to recommend to the majority of people.

It’s easier to start with the features you don’t get: the always-on display, ECG and SpO2 tracking are all missing from the Apple Watch SE. And it only comes with aluminum case options.

But you still get the same screen tech, sizes, GPS, sports and fitness tracking, swim-proof design, LTE options, Apple Pay… all the stuff that makes the Apple Watch our favorite smartwatch.

However, the single day battery life (we got up to around 36 hours) is the major downside compared to rivals.

If you’re not bothered about the high-end medical features, then the Apple Watch SE comes very highly recommended.

It comes in 41mm and 45mm case sizes, so there should be something to suit everyone. The size has shrunk since the original Galaxy Watch, and it’s better for it, with a slim and light build that’s big on all-day wearability.

Both use AMOLED displays that show off the vibrant Tizen OS.

There are stainless steel and black options in both sizes. However, the 45mm will come in black titanium, and the 41mm has a Mystic Bronze option too.

It’s a classic looking smartwatch, with the rotating bezel returning to control the menu system, with its pleasing mechanical click.

Key upgrades are ECG and blood pressure (although both still to be switched on in the US and Europe) and SpO2 tracking of blood oxygen. There’s also a new focus on VO2 max.

You’ll get a couple of days battery life with “normal” use, and it’s a shame that Tizen OS couldn’t muster the week-long battery we’ve seen on the Huawei Watch GT2e and Amazfit GTS.

We found some inaccuracies with the heart rate monitor, but we were impressed with the swimming tracking and the plethora of running metrics.

Of course, you’ll need to buy a replacement band as the standard leather strap isn’t best suited to getting sweaty.

We found the Galaxy Watch 3 to be a superb smartwatch and one of the best Apple Watch alternatives out there.

It’s pricey and the best health features aren’t turned on yet, but it’s great to wear and offers a great experience that’s easy to recommend.

The Series 6 is absolutely the best Apple Watch, with the most features and high-end health tech. It debuts the SpO2 sensor to keep an eye on blood oxygen saturation, and retains ECG for spot checking your heart rhythm for possible Afib. There’s also an always-on altimeter for you climbers and hikers.

At $399.99 for the 40mm it’s pricier, but the always-on display also makes it worth choosing over the Apple Watch SE. If you’re into the aesthetics, choosing a stainless steel Series 6 is a big visual step up.

Sadly, it’s also the same Apple Watch battery life story. Apple promises 18 hours, but we found around 36 hours. Of course that heavily depends on use. But using the Apple Watch for sleep tracking means you need to think about when to charge, and that’s now a problematic side to the Apple Watch.

A powerful health watch but an average smartwatch, the Fitbit Sense comes recommended for those that want as much health data as they can muster.

It excels as a sleep tracker and heart rate monitor, and it boasts ECG for detection of Afib, SpO2 which is linked to sleep tracking for detection of sleep disorders, an electrodermal activity sensor for stress detection and even a temperature sensor to put you in tune with your body and health.

Fitbit has put an added focus on its Fitbit Premium, so subscribers to the $79.99 a year service will get even more data.

Premium reveals a whole dashboard of new raw data called Health Metrics across all devices – but Sense leverages the most.

You get temperature and resting heart rate, breathing rate, oxygen saturation, and heart rate variability all shown in one screen.

A criticism is that there’s no analysis of this data, but if you love graphs in the Fitbit app, this is the motherlode.

There are few devices that put you in control of this much data about your body, and it’s perhaps the perfect device for these pandemic times, but there are caveats.

The Fitbit Sense has some annoying bugs and performance issues as a smartwatch, which we’re banking on being rectified via software updates. The touchscreen response can be laggy, and the wrist-raise is too slow.

But you do get around six days of battery life, a seriously rapid fast charge. And Fitbit Pay is on board if your bank supports it.

The Huawei Watch GT2e doesn’t offer that much over its predecessor the GT2, bar a visual redesign that’s a little more sporty.

It runs Lite OS rather than Google’s Wear OS, but it’s a really capable smartwatch with some very smart fitness and wellness features, that comes recommended for users of Android smartphones in particular.

The 1.39-inch AMOLED display is bright and clear, and you get a bunch of sport profiles including swimming (thanks to 5ATM water resistance), cycling and an excellent running experience.

And that’s because the GT2e is actually really good for runners, thanks to loads of metrics, a clear screen, and Firstbeat’s VO2 Max and recovery stats.

The only downside is that due to a lack of third-party plug-ins, you can’t boot data out to Strava, and there are no other apps to use.

Battery life is excellent at 14 days, heart rate accuracy was good at moderate levels, and workouts are well tracked within the app.

Sleep tracking was also excellent, and Android smartphone users can benefit from native music storage and stress tracking too. For iOS users the app feels a little under-cooked and bare, and we’d proceed with caution.

And now finally the Huawei Watch GT2e is actually listed on Amazon US at a price of $160 – which makes it a good buy at this price. A no-brainer for Android users, but iOS people should pay a little more for the Apple Watch Series 3.

Tag Heuer has, once again, absolutely nailed the physical aspect of its smartwatch, with a superb build and design; and has kept Google’s smartwatch OS in the background just enough.

It’s big and chunky, and built for those who love over-sized watches, with a 47mm case housing a 1.39-inch, 454 x 454 pixel (326ppi) OLED display that is, as you’d expect, super clear and seems to almost sit on top of the scratch-resistant sapphire crystal screen.

For the first time Tag Heuer adds a heart rate monitor, along with a decent sports app that, like its Golf app, shows the company is really taking the experience of its smartwatch just as seriously as the design.

It’s really easy switch between straps and digital faces, making the transformation from fashion statement to fitness tracker a cinch.

The trouble with Wear OS is it hasn’t evolved quickly enough and, as such, has been left miles behind Apple’s watchOS.

Of course the Tag Heuer Connected 2020 is expensive, but it’s a well-built high-end watch from Tag Heuer – what did you expect? It’s a beautifully designed and built smartwatch that’s in a league of its own. Wear OS does hold it back, but we’d figure that for those who can afford this watch, the choice is more than about the tech.

All testing and reviews performed by WAREABLE

Here is a review by Tech4All 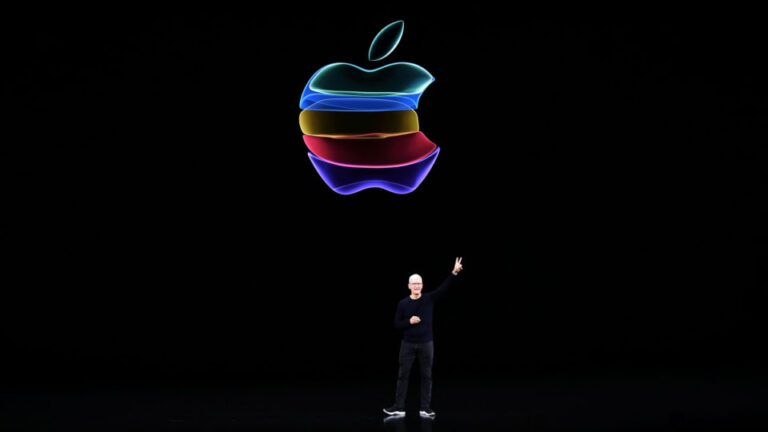 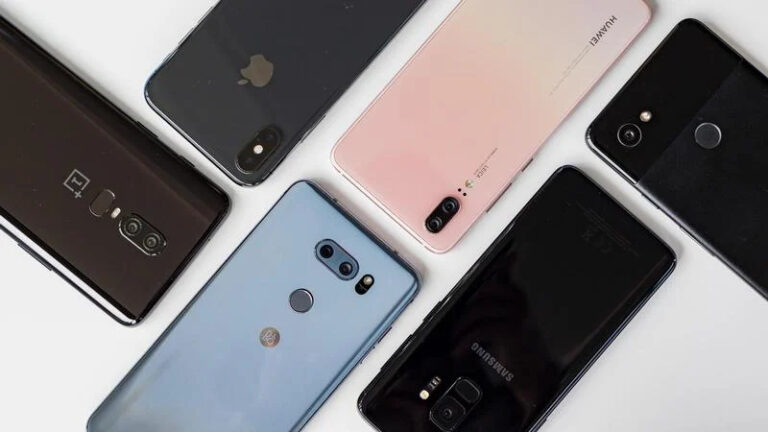 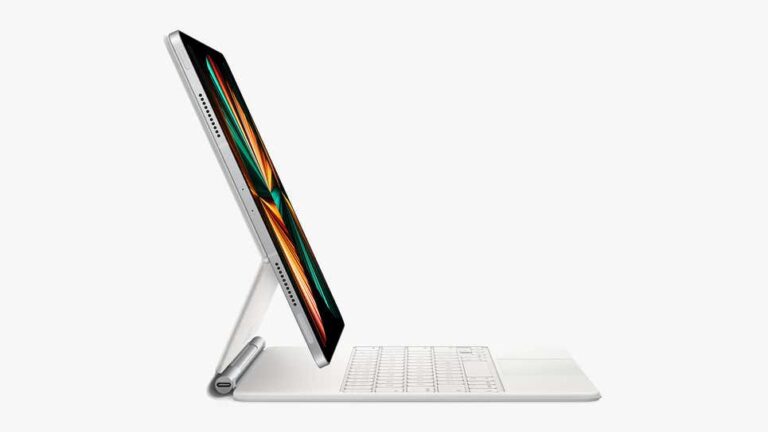 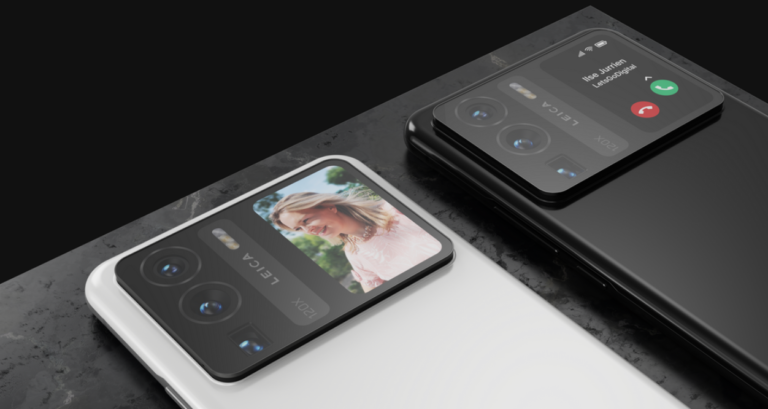